One of the saddest things in my life happened on July 11. Our little Steam Roller died from colic. It was absolutely terrible to experience, and has been very rough to recover from. But, God is good and "His mercies are new every morning." He has most certainly been the One who has brought us through this time. At first, I couldn't even talk about it or think about it without crying...but it is getting easier.

This is a video that my mom made as a memorial to Roller. He was such a special stallion. Let me offer a little disclaimer: If Garth Brooks would sing that our lives were "better left in God's hands" instead of "better left to chance," the song would be slightly more correct :)

The post below is an essay we had to write for our Worldview study that we are doing with David R. I really, really, really enjoyed this essay and wanted to share it with you all. The topic was "The Uniqueness of Jesus," and it was a great study to pull everything together for it. Next essay...not so excited for. It has to do with the Aeneid sayind that Ceaser Augustus was a god's son versus the Bible saying Jesus was God's Son. Pretty obvious...why an essay?!?!? Anyways....


BTW, David, you can't read this till Wednesday...no sneak peeks for you, boy ;) That is, unless you post yours so I can have a sneak peek, too LOL

We are melting over here in the heat + humidity combo. YUCK!!!! Mom and I have been walking a few times a week and we went at 5 AM this morning...it was still totally miserable. The clouds have been beautiful, though. 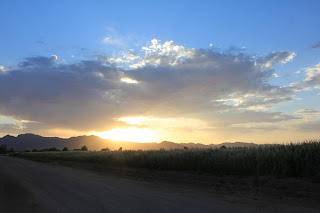 Our latest adventure was taking our little stallion, Steamroller, into Eye Care for Animals to treat an ulcer in his right eye. We walked him right into the vet's office with little Build-a-Bear shoes. Everyone loved him and took lots of pictures, but we were a little edgy because he IS a stallion and VERY studly :) He was totally awesome, though, and he is now on the road to recovery. 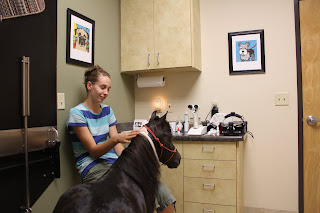 Oh, I guess I should update about the fire :) About 22 cabins burned in Greer, but ours got saved. We are hoping to go visit it later this year...thank you to all who prayed. This cabin means a TON to us!!!!

The Man Who Lived Against the Grain

Jesus was unique. He lived His earthly life by saying things, doing things, and reacting to circumstances in exactly the opposite way than people are normally expected to. He told people to be nice to and love their enemies, that your thoughts are as important as your actions, and that the humblest people are the most important. When out on a ship in a storm, He didn’t help bail water, He just stopped the storm. When He encountered a leper, He didn’t turn and run, He healed the man. And finally, when they killed Him, He didn’t stay dead like most people; He walked out of the grave and went on teaching. Despite persecutions, His teachings have come down through the ages and have proved unstoppable and immortal. In Acts, the Jewish leaders wanted to kill Peter and the other apostles in an attempt to kill the message Christ proclaimed. They were stopped from executing their plan when the rabbi Gamaliel stood up and told them, “Hey, leave these guys alone. If this is of men, it will run itself out. But if it is of God…well…we probably shouldn’t try fighting against Him.” Obviously, it hardly ran itself out; instead, it flourished and is still being taught nearly 2,000 years later.


So, who is Jesus? What kind of man could turn a few simple fishermen into passionate preachers who would shake the world? The answer is – no man could. At His trial, the high priest asked Jesus if He was the Christ, the Son of God. Jesus simply replied, “I am.” I love how C.S. Lewis said Jesus was either a liar, a lunatic, or Lord because He was very clear about who He was…which makes it kind of funny that so many people seemed confused about His identity. They were guessing anybody from John the Baptist to Jeremiah. But some got it right. One of the ones who knew Him best, Peter, when asked who he said Jesus was, said, “You are the Christ, the Son of the Living God.” (Matt. 16:16) Others who saw miraculous things like the centurion at the cross who saw the temple veil split, and the earthquake and darkened sun said, “Truly this Man was the Son of God.” (Mark 15:39)


It must have been a strange sight for the local people to see the plain-looking, homeless, young Carpenter shake the earth, split the rocks, and raise the dead at His crucifixion. But, then again, not only His death was strange; His birth was, too. How many young girls have an angel come to them and tell them, “You have been blessed by God…in fact, so blessed that you are going to give birth to His Son.”? Only one. Jesus was born of a virgin…it sounds like an oxymoron, but “with God nothing will be impossible.” (Luke 1:37) And the fact that the Sovereign King of the universe would allow Himself to be born in a manger surrounded by common shepherds…how does one account for that? It seems that God delights in going against the grain, that He revels in creating ironic circumstances, that He glories in using simple, common tools to display His incredible power and majesty. He says, “My strength is made perfect in weakness.” What kind of statement is that? It is one made by a God who is so extremely powerful that He can, and yet so loving that He does, call the ordinary people to accomplish the extraordinary. Jesus Himself appeared ordinary. He was “a Man of sorrows, acquainted with grief,” He had “no beauty that we should desire Him,” and yet “He knew no sin,” was called the “Son of the Highest,” and loved people enough to die for them. His perfections, power, and standards made everybody either love Him like crazy or hate Him enough to kill Him. There was (and still is) no middle ground. If Jesus was lying about who He was, somebody somehow would have found Him out…either before or after He died. But there are no loopholes with God. If Jesus was a lunatic, what about the miracles He performed? Normally, a mentally deranged person cannot walk on top of water…even if they think they can. There was some very real power that enabled Jesus to change water to wine, raise people from the dead, and heal all manners of sicknesses. He refuted the statement that His power came from Satan by saying that Satan would not use his power to cast out his own demons. The only other place that power could have come from was God Himself.

One of the most mind-boggling events of Jesus’ life was His death. He had proven that He had power on earth to do basically anything He wanted. So why would He allow Himself to be executed in one of the most humiliating, excruciating ways known? He did it out of obedience to His Father and love for men. It is a crazy thought, and we can never do anything to begin to make up for it. All we can do is love Him and be grateful to Him with our whole heart. Another reason He died was to be raised again. “Christ, having been raised from the dead, dies no more. Death no longer has dominion over Him.” (Rom. 6:9) Our God has power over everything – even death. Jesus was the only Man who ever was able to raise people from the dead.


The life, death, and resurrection of Jesus Christ more than prove to me that He was the Son of God. Why are people so reluctant to accept that? Because if you accept that fact, then you are also accepting that all He taught was true…and you have to live by it. People don’t want to “give up” their earthly “pleasures” for heavenly ones. “No thanks, I would never trade a life of drug and alcohol addiction for a life of peace and a promise of heaven.” “Give up my secular magazines and TV for an intimate, loving relationship with my Creator? Are you kidding?” It’s a wonder God doesn’t give up! The pull to be like the world is so strong that it is incredibly hard – even impossible - for people to pattern their lives after a Man who lived going against the grain. What we must realize is “that the sufferings of this present time are not worthy to be compared with the glory which shall be revealed in us.” (Rom. 8:18)
Posted by Beth at IAMRanch at 4:22 PM 1 comment: 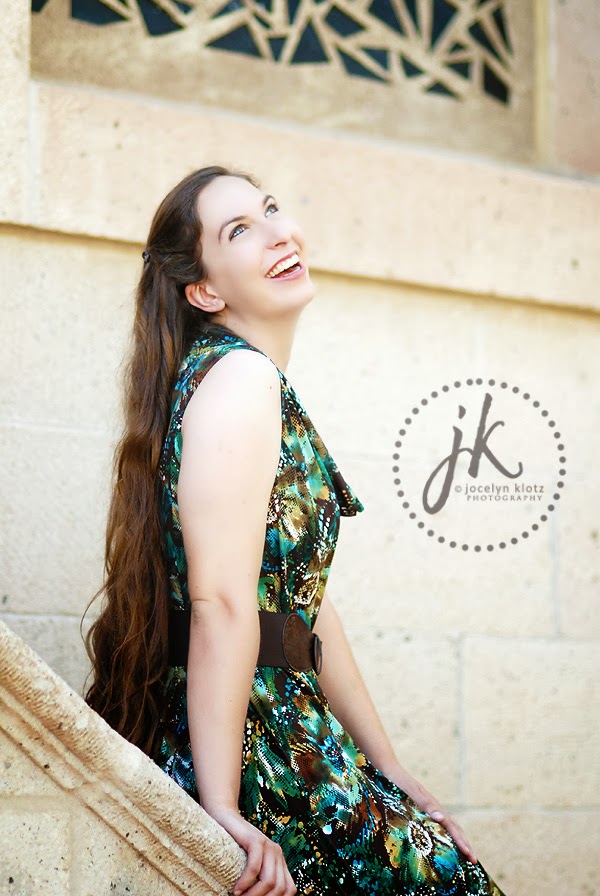